Úvod > The European Parliament votes against a ban of PoW, which is a huge relief for the cryptographic industry

The European Parliament votes against a ban of PoW, which is a huge relief for the cryptographic industry

A moderate version of the proposed regulatory framework won during the voting in the ECON Committee.

This Monday, members of the Economic and Monetary Affairs Committee of the European Parliament voted against the proposed version of Markets in Crypto Assets (MiCA) which would ban cryptocurrencies based on the proof-of-work method in the EU. This was a tremendous relief for the cryptographic industry.

MiCA is a regulatory framework which includes 126 sections including a detailed plan for their implementation in EU institutions and member states. The proposal was introduced by the European Commission in 2020 as part of its strategy for digital finance.

MiCA covers a wide array of topics associated with cryptocurrencies.

The main issue during Monday’s parliamentary session was the distinct differences between two versions of the proposed framework to be voted upon. One of the versions contained language which would have banned any cryptocurrency operations based on the proof-of-work (PoW) protocol. The problematic wording would have required currency providers to submit a detailed plan to comply with the standards of environmental sustainability.

In the case of Bitcoin (BTC) and other decentralized systems, this would have been practically impossible. There is no central provider nor is there an individual or collective decision-making body.

For that reason, the proposal was modified to remove this regulatory dead end. As Stefan Berger, member of the Economic and Monetary Affairs Committee of the European Parliament, had previously promised, the problematic wording should not appear in the final proposal.

The stricter version of MiCA did appear on Monday, but the majority of the MEPs did not support it. As Patrick Hansen, leader of strategy for the cryptographic company Unstoppable Finance, reported, 32 members of the ECON committee voted against the restrictive version and only 24 members voted for it.

The more moderate version of MiCA, which will continue its journey through the institutions of the EU, does not contain any explicit nor implicit ban on PoW. Instead, the European Commission, the executive branch of the EU, directed that by 1 January 2025, a proposal must be submitted “with a view to including in the EU sustainable finance taxonomy any cryptoasset mining activities…” 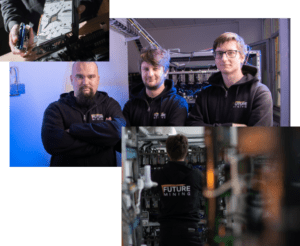 The company is registered in the Commercial Register at the Regional Court in Brno under file no. No. C 91570.

Spravovat Souhlas s cookies
In order to provide you with the best possible service, we use technologies such as cookies to store and/or access information about your device. Consenting to these technologies allows us to process data such as browsing behavior or unique IDs on this site. Not consenting or withdrawing consent may adversely affect certain features and functionality.
Manage options Manage services Manage vendors Read more about these purposes
Preferences
{title} {title} {title}